Hey everyone! Todyay I would really like to introduce you to 5 different playlists that consistsof 5 songs each. These are just my favourite Songs and I did categorise them so yupp. I decided on these 5 categories: Throwbacks, Chill Mode:), Rap/Sass, Pop/ Dance and Learning or Studying. Soo here we go.

Learning/Studying(pretty much any genre works for me so I dont know if you’ll like this playlist:)

Hello everyone, today Iw ould like to give props to one of the mot Inspiring people in the great Wide World. Misty Copeland is the first afro american ballerina to be promoted to a Pricipal at the American Ballet Theatre.

She was born on September 10th 183 which makes her 35 Today.Misty Copeland was born in Kansas City, Missouri, and she was raised in the San Pedro,Los Angeles, California.Her father, Doug Copeland, is German American and African American, while her mother, Sylvia DelaCerna, is Italian American and African American and was adopted by African American parents.Misty Copeland is the youngest of four children from her mother’s second marriage and has two younger half-siblings, one each from her mother’s third and fourth marriages. She is Not only an Amazing Dancer, but she is an Inspiration to coloured girls, and just an amazing dancer at all. She was selected as one of the 100 most influential People by the Time Magazine. 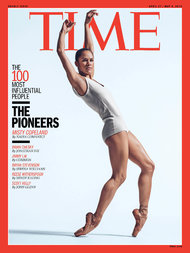 She started Ballet, with 13 which is actually a quite Late age to start Ballet. She did not really have a good, peaceful childhood. There was a custody Battle between her Ballet Teachers and her Mother. After a few years though, both sides gave the Battle up, and her Mother was left with the Custody. Her mother and Misty had harsh arguments at home and Mistys self esteem was really low.

At fifteen years old, Misty Copeland won first place in the Los Angeles Music Centre Spotlight Awards at the Chandler Pavilion in March 1998. Copeland said it was the first time she ever faced nervousness. The winners received schozarships between $500 and $2500. Her victory in the 10th annual contest among gifted high school students in California secured her recognition by the Los Angeles Times as the best young dancer in the Los Angeles Area.

She attended the summer workshop at the San Francisco Ballet School in 1998. Sh elected the workshop over offers from the Joffrey Ballet, ABT and the Dance Theater of Harlem, amongst others. Of the programs she auditioned for, only NYCB declined to make her an offer. San Francisco Ballet, ABT and New York City Ballet are regarded as the three  ballet best classical ballet companies in the USA. During the six-week workshop at San Francisco BS, Misty was placed in the most advanced classes. At the end of the workshop, she received one of the few offers to continue as a full-time student at the school. She declined the offer because of the desire from her mother to return home.

Misty was appointed a soloist at ABT in August 2007 as one of the youngest ABT dancers promoted to soloist. As of 2008, Copeland was the only African-American woman in the dance company during her entire ABT career. The only male African American in the company during her career,Danny Tidewell left in 2005. In an international ballet community with a lack of diversity of races,  she was so unusual as an African American ballerina.

On June 30, 2015, she became the first African-American woman to be promoted to Principal Ballerina in ABT’s 75-year history. Her achievement was groundbreaking, as there have been very few African-American principal ballerinas at major companies. According to the 2015 documentary about her,A Ballerinas Tale until Copeland, “there had  never been a Black female principal dancer at a major international Company.”

Copeland next accepted the role of Ivy Smith in the Broadway Show of On the Town, which she played for two weeks from August 25 to September 6.

Over a matter of Tİme, Misty Copeland was on a lot of Shows, Ballet spectacles and much more. There are a lot of Documentarys about her.

Hey Everybody, today I have a post that will mostly Affect the my loyal dancer readers. Today I have my Top 15 Tips for Ballet Class.

Happy New Year everyone. As you might not already know, I don’t have any new year resolutions because I just do not do any of them. I know thats no good, but at the end of the day, IDC<3

SO here are my Top 15 Tips for a better Life and Being a Better human. This is all in my perspective so don’t cry about it later on, Please? Thank u

Hello there, here is another post of me being completely honest with you. Today we are going to talk about my least favourite holiday: Halloween. I cant stand halloween. Most of the people out there do not need to dress up because they’re own face is scary enough.  I absolutely love halloween partys though, they have amazing food and you can see all the other people dressing up like fools. I am probably going to a Halloween Party, because its free and I plan scaring the crap out of people, but other than that i do not like Halloween

I still believe that Halloween is- exactly like Valentines day- made up by the industry to earn Money. Think of it, You spend Money on your decoration, on the costumes, on the Sweets and on other stuff. That makes a lot of wasted money. I am probably going to buy bright coloured Contacts and I will make the rest up from scratch.

But in america Halloween is not that safe either. The Killer Clown Craze was last year, so people dressed up as clowns on Halloween and killed 40 people. That is pretty violent. Children can also get kidnapped if they are lured in a house on Halloween. I watched so many PSA’s and social experiments on this.

Overall I think Halloween is not the best holiday, I dislike it a lot, but the partys are amazing. During this week I may write a blogpost about DİY-COstumes.

ok, so before this Blog Post starts I wanted to give you a little alert that Cry Babys are not welcome.And if you do not tolerate my opinion on anything just Click away. Like I didn’t really g.a.s. anyways but I will fire back and be mean if any of you come up to me in School or in the comments. Like just stfu. But there will be some Graphic Content. I wont put in very bloody pictures but some stuff will be in here.

The reason is because I am mad. And I wanted to talk real with you all. Its about something that has been bothering me so much. Its Animal cruelty. Yesterday I saw a documentary where people from some dumb islands were cutting like 100s of Dolphins. Like, its just mean. I don’t care if its your tradition or not, you aren’t supposed to kill animals! NO one wants that. This ısland thing has all the food the rest of the world has. They don’t have to eat whales. The wales mean more to me than the actual people. Yeah, I don’t like you if you don’t like my opinion. This is my Blog and I can write anything I want… If you don’t like go in the corner and cry.

Just do not get me started on chineese. I actually like china and I like chineese Food but they just eat any 4 legged thing. ı am sorry if I hurt any of your feelings, but thats just the truth. Like, CHineese eat cats. I won’t ever move to China and bring my cat because I am sure that they will eat my cat. And don’t dare and touch my cat. That does not go for all of the chineese. Of course not all of the chineese are cruel to animals, but some of  them are. 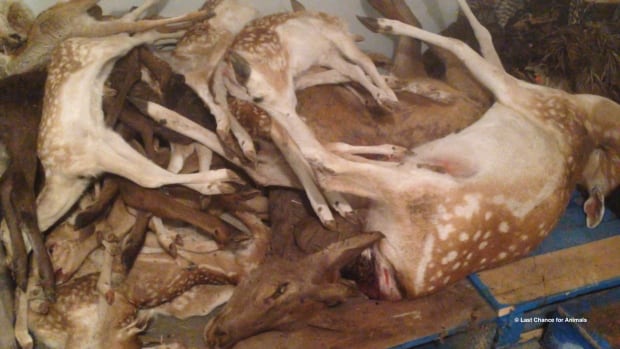 The same thing goes for Dogs and Cats. I once said I wanted to get a Pitbull and everyone looked at me like ı was Justin Bieber. Well actually he’s an animal to but all the 10 year old ”Believers” will bully me over social media if ı say something like that. The dog is not bad itself. The human who makes the dog bad is bad. I once wrote a story about this and I landed on the TEDxReset TED Conference. SO I know what I am talking about. I think I am a little bit smarter in this case. Or else ı wouldn’t have ended up on Ted. IT ALWAYS İS THE HUMAN. ALWAYS.

Just close your eyes and imagine if this was your dog.

What did animals do. Sooner or later we will all die, and it docent matter. Every single second a new kid is born, every single second somebody dies. Someone even died while you are reading this sentence. Or hundreds.  So, did you care? Did you ever think about it that way? Humans can continue expanding but, most of animal species are about to die. So there won’t be any more of them. For Example there is only 1 white Tiger left. So please be careful and do not tolerate animal cruelty. Here is some Makeup that if cruelty free.

Here are some brand who use it.

I also sometimes complain about the prices but think about it, is a animals life less worth than makeup?

So, see you tomorrow. BTW these are new series that are called Being Honest. Every week/ 2 a week i will be honest about hot topics.

Helllo everyone, today is going to be all about the Horror-Movie Annabelle.  I assure you there wont be any spoilers in the whole post.

So, first of all I want to remember that this is a horror movie, but its not like a trashy horror movie, for example like Dabbe. Its a quite mature and really good quality horror movie. There is actually a back story to it and its not as scary as it looks. Still if you aren’t comfortable with horror Movies or scary stuff you might not want to watch the Trailer.

I love this Movie so much, it was such an amazing Movie, at some points it was a little bit scary but there are no Jumpscares like 95% of the time like the other Movies.  But there is one thing i wish they had done differently. At some points the movie was basically just like an ordinary movie, not really like a horror movie. At some points there was just the girl and the nun. So not really that amazing. But the rest of the movie was good. There is one scenario that I even was disgusted by watching. But i promised no spoilers so, I won’t tell you which part that is.

Actually the  movie is all about a nun with a bunch of parentless kids look for a new place to stay at and they find this castle with an married couple. The married couple has a secret that they don’t want the girls and the non and the priest to know, but unfortunatly they find out. So for instance, if you like horror movies, this is a good movie. But again the trailer is way scarier then the actual movie.

So, see you tomorrow!