Hi, today we are gonna talk about school.

I think school is something good in general  but actually it is a little boring sometimes. I don’t like annoying kids and o much homework. School is really cool sometimes. You can see your friends, can have fun and learn something.

If you do not learn you won’t have any quality of life. I do not wanna be like someone who actually can’t read. Imagine that we could not read or we also could not do anything.

The reason why I think normal school is better than home schooling because you get to play with other kids and also have fun and learn together You are not really gonna be social.

And that is stupid. You can not live alone. You need to have friends be nice and always. Teachers and homework can be really stupid. But just think that way. You are having some fun with your friends, can learn somethings. I don’t think school is the best thing either but I think it is a good thing. It is so cool and bad in different ways. You have different subjects like maths history.

Even if some people do not school, ı can not Im gain living good without little bit of school. So I actually think that school is better in this years and not earlier because then they used to hurt kids. That was not good.

If you do not goto school, your are not stupid but I have to say you did not really made a good choice! I know some people want to but they have no opportunity. They should really get the opportunity of those who have the opportunity but do not use it.

I did not like school until I realised that there are so many kids who want to go to school but can not! So now, I should use the opportunity that I have and maybe In can help people with cases like that LOL!

I apologize for my blogpost being so short so sorry! Tımorrow It will be way better! See u soon

So, I hope my blogpost changed your thoughts about school!

So, first we all know magic does not really exist. Earlier they believed in magic. Sometimes there are symbols or people that are supposed to represent magic. Like all of us have gone to a magic show right? Everything the ,,magician” does tricks our brain and its not real. I know I have ruined some childrens dreams to be a fairy but that is not gonna work!

Some people thought magic can heal them so they went to a normal women who they believed was a magician and she only healed them with herbs if she did. But no one has magic power. It looks realistic in some movies but it is not true.

But for some religions magic happened. Like the 3 kings and the star when jesus was born or when muhammed went to god. In the buddhism or hinduism they still believe in something simular like magic.

The picture that I am going to show you is quite unrealistic but It looks cool!

Magical rituals are  actions used to work magic.  That never actually worked LOL! Bronislaw Malinowski describes rituals and their strange words as a high “coefficient of weirdness”. He states that the language used in rituals is unrealistic and sand out of the ordinary. Well  I can agree with him.

We all know the rabbit trick! He takes a hat, says hokus pokus and then there is a rabbit in the hat right? That trick is the most common trick. How they do some tricks you can see in the video! I got a magic kit for my birthday. Watch this video with tricks!

There are a ton of different card tricks, rope tricks money tricks and so. The solution to them is actually an illusion! 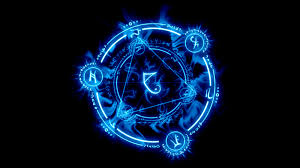 The principle of similarity, also known as the “association of ideas” is under the category of sympathetic magic. This sentence may sound chineese but if you read it through nice then you’ll understand it! It has to be possible to do it anyways before calling it magic lol!

One classic example of this mode of thought is that of the rooster and the sunrise. When a rooster crows, that will ,,respond” to the rising of the sun. Did you know that some people take it so serious that they make rituals and stuff like this for a living?

The law of similarity says that since the sunrise follows the crowing of the rooster, the rooster must have caused the sun to rise. That is quite strange isn’t it? It just can not be possible!

Another  type of magical thinking is the principle of contagion. This principle says that once two objects come into contact with each other, they will continue to effect each other even when there contact between each other is broken! So strange! People, DO NOT BELIEVE in any magic or else you’ll end being a psycho.  Cats are also  in the magic ,,business” Cats are bad in magic. If you see a black cat walking through your left side you are supposed to have bad luck!

I have a grey cat and she did not do anything to anyone! I am not afraid but if everything bad is assosiated with 66 then I may think of it…. 13 is a bad number to. Friday the 13. Dan dan daaaan!

Earlier the people were so scared of Friday the 13. That they even didn’t get out of their houses LOL!

So, I hope you liked the first part of My ,, magic” Blog post. See you tomorrow. We will fly to my grandma and grandpas house so if I don’t write for you than I apologize for that!

By the way for those who can speak turkish: Kurban bayramınız Kutlu olsun! 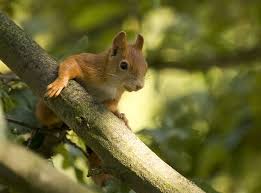 Hi its Gulru. Stay Calm because now I am gonna tell you how you do this prepare for an exam and co. I!ll tell you 20 Things to do.

Hope that that helped!